An Interview Done by All Access with Dave Van Dyke

What follows is a presentation of an article first published by All Access (at this link).

All Access (AA): You’re closing in on 20 years in the research business. The technology of today wasn’t even a glimmer in anyone’s eyes in 2001. How have those advances changed the way that you gather data?

Dave Van Dyke (DVD): The technology has been a godsend for music research. Today we literally can see exactly what music fans are consuming daily! No more assumptions, no more guessing. We’ve gone from the days of calling record stores, sending call-back cards, using telephone callout or published charts to streaming technology that tells programmers exactly what is being consumed. For radio, music meetings have become a much simpler exercise. Today our programming clients open their streaming research data each week, note the most popular songs being consumed by their listeners, determine passion, and make music list changes accordingly.

AA: As a former programmer, when you started the company did you feel that you’d immediately be able to provide information that radio didn’t know it needed?

We quickly learned that there was an untapped need for media consumption metrics that are more useful in understanding listener behavior and how all media platforms are impacting radio. In 2002, we began to add perspective to the ratings picture by giving insight into competitive digital behaviors as it was beginning to impact radio listening. Our ongoing Bridge Ratings “New Media Gauntlet” studies (available at www.bridgeratings.com) explicitly track how digital media has impacted radio.

The data we now provide is focused directly on actual consumption of all competitive media and is a more productive approach. Making music decisions by outdated methods like referring to published airplay charts, rather than streaming data, is programming by consensus. It dilutes the value of the most important songs, which are the ones listeners want to hear.

As on-demand music streaming has become a mass behavior, we began offering weekly detailed P1 format-listener streaming consumption data to an industry that was thirsty for listener and market-level song value insight. The barter option brings this definitive weekly research to companies with little or no research budget.

AA: Is there a difference in the way that you survey PPM markets versus Diary markets?

DVD: Not really. Listener media consumption is agnostic when it comes to tracking listener behavior. We are interested in true behavior as it applies to a spectrum of audio listening options over the course of a typical day. And we reflect that behavior by tapping directly into the technology being used.

AA: When you were on the other side of the table depending on research to help you win, what was the biggest thing that you thought was missing?

DVD: When I was programming, and later as General Manager of stations, my discomfort with the margin of error associated with radio ratings and music research were key drivers for the original reason I founded Bridge Ratings. I thought we could do it better coming from a broadcasting background.

The technology that has been perfected in the last two decades has enabled radio programmers to understand how their stations are being used and what music their listeners are consuming. Programmers’ roles have changed. Ever since popular, siloed radio formats became a big business, programmers held the position of choosing the music we thought listeners wanted to hear. Today, with 85% of Americans streaming music online, we have the technology and the metrics of on-demand streaming research to know exactly what listeners want to hear and can provide radio stations with that data so they can respond quickly to listeners’ specific song choices.

AA: Social media is engrained in our lives. Has that made it easier or harder to set up representative survey samples?

DVD: Bridge Ratings provides insights into radio listening, digital media consumption, and music preference as those insights apply across a multitude of platforms. Social media has become such a mass activity – even among Boomers – that the information is additive, supportive, and often expansive to the research we provide. Social media behavior varies across generations, so we can use those variances to provide a 360-degree understanding of how radio users and non-users use various media and why and how digital behavior is affecting radio listening.

AA: Is the size and influence of the Millennial generation a factor in the way that you generate your studies?

DVD: Our generational studies division, Genergraphics™, provides in-depth behavior analysis for media and lifestyle. I did a webinar series recently which covered each generation’s media behavior and how using a generational filter to understand consumption was far more effective than the demographics that our industry has used for decades. And this genergraphic understanding of behavior is more effective with targeted marketing needs. Millennials are certainly an important part of the mix when understanding media consumption and purchase behavior, but media behavior analysis data on Gen-Z is the most exciting I’ve seen in my career.

AA: What about Generation Z—how do you crack the code on their constant use of their phones? How do you get the attention of those who are paying attention to everything else at the same time?

DVD: We must be where they are. Gen-Z has perfected the behavior of multitasking. But this has become a mainstream behavior as well for most generations. We love our gadgets! In our most recent Gen-Z studies in 2019, more than 70% claim they are addicted to their phones. Social media and music consumption are the greatest uses and video dominates their engagement. We use online focus groups and social media groups and questionnaires to get clarification on Gen-Z behavior. Our Gen-Z focused division, TeenTrends™, conducts most of its teen research digitally and has found teens use their smartphones 20 hours per week – more than any other device — and they gravitate to YouTube for music and Instagram, Snapchat and TikTok for social media.

AA: There are so many podcasts available now. Is there room for all of them? Is there a living to be earned there?

DVD: Is there room for all the books or music that is available to us? Of course. We have choice! The expansive universe in these entertainment categories brings more people to usage. We’ve just passed 800,000 podcasts with over 30 million episodes as of December 2019. This can be overwhelming for some consumers. While the industry is continuing to show dramatic growth in both usage and ad revenues, decision-stress in podcast discovery remains one of the key findings that is holding back the growth. And with the proliferation of voice devices, and natively integrated podcast applications in cars, we’re sure to see audience numbers grow exponentially from here.

But the long tail we see in most consumer product categories exists in podcasting as well. The marketing of podcasting through word-of-mouth and the recent expansion and frequency of mentions on radio are helping identify the most popular podcast episodes and categories. And like the long tail of podcast episodes, there is a similar structure occurring in revenue generation. Most podcasts are generating significant revenues and, like with most media, the podcasts with the largest audiences are seeing the greatest revenue.

AA: Terrestrial radio competes with satellite radio, YouTube and a myriad of streaming options and is still used by over 90% of the population. What would you say to over-the-air broadcasters to make them feel good about the future?

DVD: Let’s be clear. Digital has certainly impacted behavior for radio’s time spent listening and the trend is startlingly vivid in our “New Media Gauntlet” graphic, which I mentioned earlier. Radio still plays an important role in the daily lives of 300 million listeners.

But how we listen to radio is changing, and radio has adjusted well. It still reaches most Americans every week because it still offers a variety of entertainment and information options and serves as the lifeblood of emergency communication.

Broadcasters should keep in mind that radio also serves a day-to-day role in the lives of its communities. Radio provides listeners with awareness of the great products and services of its clients.

Our studies show that radio listeners come for the love of music and discovery as well as information. Music radio continues to be the primary source of fan favorites, hits, songs they know, ties to the artists they love, along with the immediacy of audio information. Radio has done a fantastic job of adjusting to its digital competitive landscape through apps on phones, streaming, and smart speaker use. While radio may no longer be the sole portable entertainment medium, it remains a key component in most American’s daily lives and serves a key purpose for entertainment and information. Broadcasters should embrace the technical changes, continue to adapt, and do their best to understand listener needs by focusing on them every minute of the broadcast day. Broadcasters can be assured that they wake up every day knowing that listeners depend on what they do. Radio is still an entertainment medium and the future holds promise if the industry continues to be creative and effective at communicating its uniqueness. 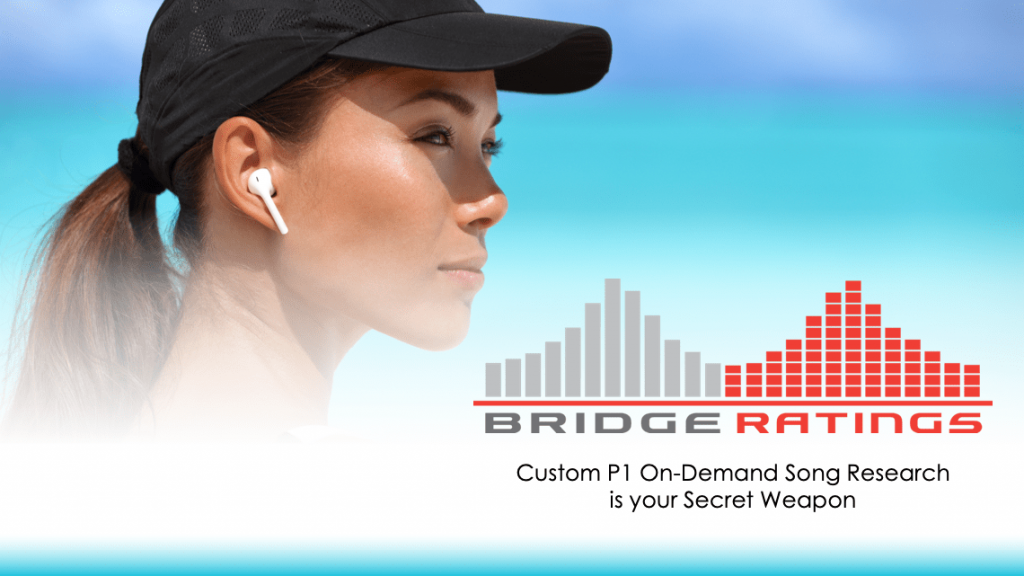