Summit Media Signs with Focus 360 for the On-Demand Music Research in Birmingham, Louisville, and Richmond

New York, NY – June 30, 2018 — Focus 360 has entered into an arrangement to exclusively bring “On-Demand Music Research” from Bridge Ratings to radio stations on a barter basis. Summit Media is the first radio group to sign on to the Focus 360 deal for its music stations in Birmingham, Louisville, and Richmond.

“On-Demand Music Research from Bridge Ratings is game-changing,” declared Phil Brown, Chief Executive Officer of Focus 360. “We’re excited to bring this advanced music research to radio and to launch our offer with the forward-thinking management team at Summit Media,”

“The team at Focus 360 has deep relationships with radio station program and music directors and understands what they need to succeed in their markets,” noted Dave Van Dyke, President, Bridge Ratings Media Research. “Focus 360 was the obvious choice for a network partner and I’m looking forward to welcoming more forward-thinking programmers.”

Stations interested in learning more about a barter arrangement for the Bridge Ratings On-Demand Music Research may contact Rob Magaziner at 917-580-6108 or robert_magaziner@focus360llc.com.

Bridge Ratings LLC (www.bridgeratings.com) was founded in 2001 and is a media analysis corporation providing behavioral analysis of media consumers in the US, Canada, Mexico and Europe. Company clients have included Emmis, Microsoft, Yahoo!, Amazon.com, CBS Radio, Cumulus Broadcasting, Midwest Family Broadcasting and Clear Channel Communications as well as finance and media investment firms around the world.

Founded by broadcast executive Dave Van Dyke, Bridge Ratings had its roots as a radio ratings company positioned as an alternative to other services in medium and small markets. Bridge Ratings surveys were utilized as a bridge between the one or two annual surveys offered by other research companies.

The company transitioned to a media consumer analysis firm in 2003 when its study focusing on the impact of commercial interruptions on radio listeners.This study became a template for future analyses of listener behavior.

Recent published studies include smartphone behavior, the impact of digital media on broadcast radio, “Streaming and its Impact on Media” and “The Growing Fatigue of Pandora users”, “How Song Streaming Benefits Broadcast Radio.” The company is a media adviser to broadcast, Digital Radio Pure Plays, investment, financial advisors and legal firms with an interest in the media space. 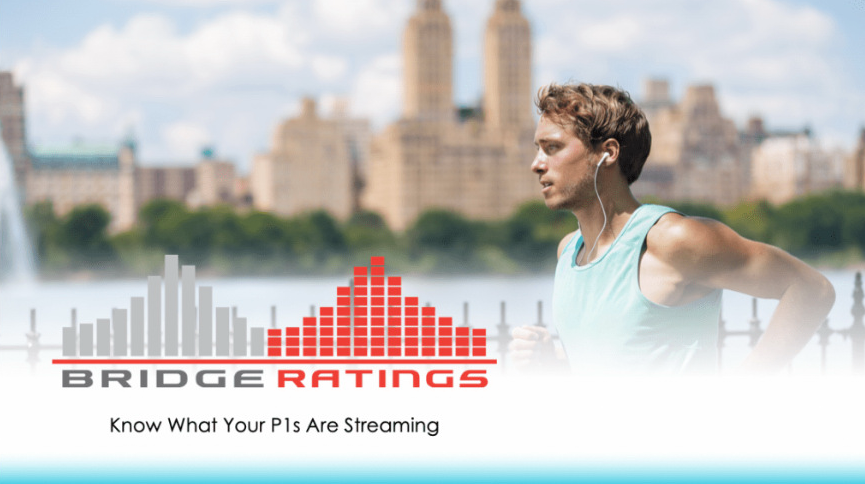